Website designing has been through a breakaway in the last decade. What used to be just a magazine static layout in 2008 has now transformed into digital machines with numerous coordinating, resizing, and moving parts.

Our guide will uncover the strengths and weaknesses of each library. The list contains libraries based on CSS, HTML5, and JavaScript. Anyone familiar with basic HTML and CSS will find it easy to understand all of these beautiful animation libraries for interface enhancement. 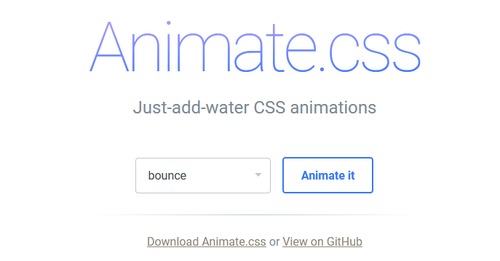 This CSS-based animation tops our list for being one of the smallest and most user-friendly libraries. The integration process of Animate.css remains as simple as linking the CSS files and getting on with animations on your HTML elements through CSS classes.

The jQuery integration makes it even more easy to trigger the animations on the elements.

Created by Daniel Eden, this library was released in 2013. Since then, it has been one the smallest libraries for so many features with only 43 kb of size. The cross-browser supported library is also popular for its minified version of around 17 kb for mobile websites.

This simple and robust animation library is actively developing even after 5 years of release. We recommend every designer to use it on any project they want without hesitation.

Do you need some fun, bouncy, and unique animations for a project? The name describes it all. Bounce.js is a neat JavaScript-based animation library enclosing 10 pop-and-bobble animations presets.
The smooth and flawless library is just 16 kb in size and sometimes takes an edge over Animate.css in fun-based projects. This Tictail creation was developed in 2014 to create beautiful CSS3 powered animations and it still leads the way for many UI designers. The only flaw is that you are limited to a few animations but who cares if your existing features defeat many other libraries with numerous off-putting animations.

Within just two years of a span, this incredibly versatile and robust library has found an edge over many old players for its HTML game animations.

However, it’s functioning on simple web apps is still questionable.

Maybe it’s an overkill for simple apps but at the same time, it’s small, fast, and an easy to learn library. This lightweight JavaScript library is just 10.9 kb in size and works with any SVG or DOM attributes, any CSS properties, JavaScript objects, and individual CSS transforms too. Over that, the 2016 Anime.JS has awesome documentation with an ideal app environment to demonstrate JavaScript, HTML code, and functioning examples.

Overall, a UI designer who’s comfortable with JavaScript animations will find it hard to ignore Anime.JS.

One of the most impressive available website builders Magic has several unique animations. Simply import the CSS file and bingo, it’s ready for the implementation.

Compared to Animate.CSS, this has a moderate size of just 36.5 kb. Magic is also popular among designers and developers for its signature animations including bomb effects, magic effects, and foolish effects.

As a UI designer, you won’t be disappointed if you want something out of ordinary in your next website project or while setting up a new website. 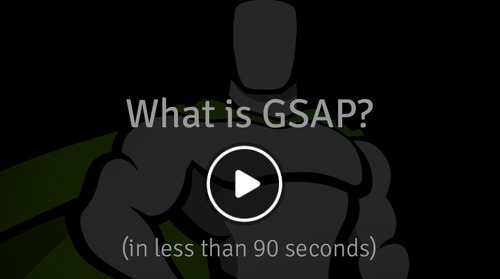 Yet another impressive and top-notch library that gives UI designers the flexibility to create animations using SVGs, jQuery, and canvas. GreenSock Animation Platform or simply GSAP is built on JavaScript and HTML5 that makes it compatible with multiple modern browsers as well as HTML5 apps.

Its high efficiency is what makes GSAP stand out as the best (even better than top libraries). It functions perfectly with a huge number of a web browser with zero dependencies.

The native GSAP methods are faster and object-oriented making it easy to experiment and build sequences. However, there has always been debates that 3D transforms and opacity frameworks are easier and faster with CSS3 transitions rather than GSAP. 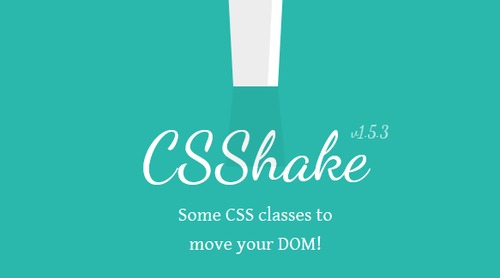 The name purely justifies the function of this library. It is simply a CSS library built for shaking elements. However, this is not as simple as it sounds. There is a huge variety in shaking animations available within the library.

Apple pushed the ‘no’ shakes in their web elements such as a modal, dialog, textbox, etc. The theme became widely popular every time a user entered incorrect entries. CSShakes offer the variety to UI designers with infinite shakes available in this 78.8 kb size of library. While some might argue that this might be a big library to work with when you have to include a different one for non-shaking animations, I’ll just say- don’t limit your imagination.

This is known as the sweetheart of a lot of UI designers out there. Velocity JS includes functions such as Scroll, Finish, Reverse, Fade & Slide, and many others. This sophisticated and fully-featured JavaScript animation library boasts some big names in users including WhatsApp, Tumblr, MailChimp, Gap, Scribd, and HTC. So, you shouldn’t doubt it’s functionality with large user bases.

Created by Julian Shapiro in 2014, this 34.8 kb animation library has widely gained popularity for accelerated JavaScript animations. This is one of the few animation libraries independent of jQuery framework, though it uses a similar API as jQuery’s $.animate().

With that said, you cannot question its speed and features such as transforms, color animation, easing, loops. You can call ‘easing’ as one of the best CSS and jQuery transitions combined.

Out of the several unique and new animation libraries waiting to enhance your website’s user interface, the above-listed are few with the perfect combination of stability and sophistication.
It would be hard to name a single one out of these top 7 animation libraries, but you can go with any of them as per your project demands.

Pawan Sahu is the founder of MarkupTrend. He is a Digital Marketer and a blogger geek passionate about writing articles related to WordPress, SEO, Marketing, Web Design, and CMS etc.