Streaming Powered by ZEE5, many web series have been streaming for the large base of viewers. The widely popular series of Kehne ko Humsafar Hai is now available of the landing Page of ZEE5 This Hindi web series finds appreciation from audience in the previous seasons. The cast of stars of this show re-introduces Gurdeep Kohli, Ronit Roy and Mona Singh. The exclusive episodes are available so that viewers can watch them at their own convenient time and place. In the world of Smartphones, the world indeed is in our hands.  Thus, people are more interested in watching web series compared to the TV series.

The storyline is based on how a 40-year-old man thinks to turn his life in a different course? What happens to him after that? To catch the latest updates, stay tuned to the ZEE5 Exclusives that gives the story a different stage.  In season 3, you can also catch the casting of Kundali Bhagya’s Sristhi (Anjum Fakih) along with the main lead roles of this web series. Since Kehne Ko Humsafar Hai is ranked among the popular series and cast is full of veteran actors from the Television. The cast of the show includes Apurva Agnihotri, Suchiitra Pillai along with Gurdeep Kohli, Ronit Roy and Mona Singh in the web series.

There will be a bunch of new faces that will be seen in this season 3. These characters will be seen reprising their roles with the bunch of new faces. Loud and outspoken Shristi (Anjum Fakih) acts at the best of her abilities. Mona Singh was seen staring in ZEE5 Mission Over Mars. She acted opposite to Ronit Roy (starring as Rohit Mehra). To get better updates, you must sign in to After her cast as Scientist in Mission over Mars, this has been one of the finest roles Mona Singh has played throughout her career.

Mona Singh and Ronit Roy are the stars opposite playing the leading pairs of this web series.  You can now catch the latest episodes on Zee5. Poonam, ex-wife of Rohit had married Abhimanyu (Sanjay Nayyar) from Season 2 and still insecure about being in love with a man younger to her. In the meantime, cupid plays its role again. Rohit and Ananya’s past suddenly clashes with their present and old spark see a fly. Here Anjum Fakih plays the role of Rohit Mehra’s younger girlfriends. This is apparently based on a real-life story of a Bollywood star-wife and the extra marital affair she had. Buzz, a top TV actress is seen to take the story ahead. 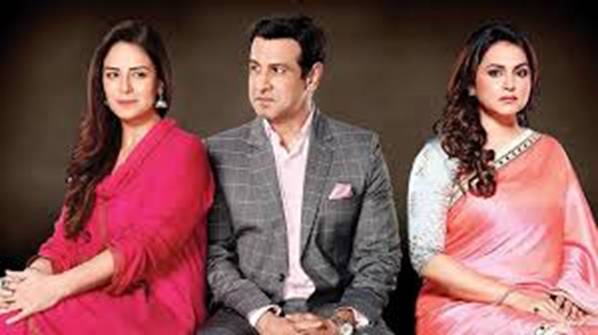 Along with old crew there are additions of new cast of characters who will be introduced in the storyline. The show leaves behind cliffhanger ending when we find Rohit Mehra (Ronit Roy) cheats on Ananya (Mona Singh) with ex-wife Poonam (Gurdip Kohli) Seeing all these Ananya leaves Rohit and breaks up with him.  The season 3 brings back both of them opposite to each other but leading their own lives for the last 3 years. Rohit has now become more arrogant, reckless man. He had started dating younger women and has become a spendthrift.

There are many twists and turns in the show which will show it’s after effects in the season 3. Remember to subscribe to the show’s updates on Zee5 Originals and enjoy your shows. Infact the story for season 4 is also round the corner. So stay tuned and enjoy the latest web series with the very own ZEE5 originals and exclusives.

Unique Health Tips for Your Vacations

Vacations are a great way to step away from everyday life. While some distance from the mundanity of routines and ruts can be helpful, the one thing you won’t want…

Remote working has seen a big boom in recent years and this trend is here to stay. The new work norm is compelling organizations to re-think the work operations and…